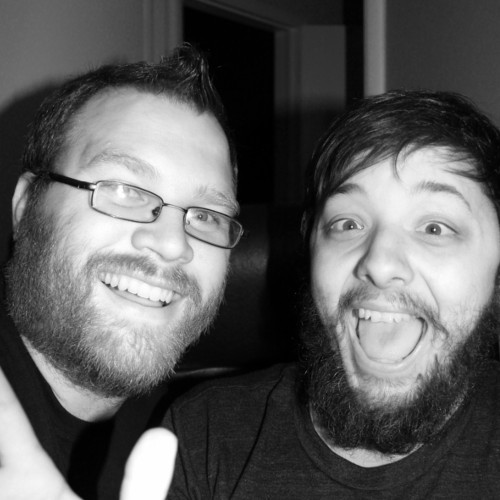 Zephyr: Winds of Change is a project of Portal Dragon, a Michigan-based board game developer founded by Aaron Kluck and Jon Mietling.

We started developing Zephyr in January of 2014. The original intent of the project was to explore how we could bring some of our favorite and more vintage video game experiences into a board game setting. It was a kind of a reverse order endeavor, but we wanted to capture the essence of the games we love, even while losing. We also wanted a to make a game that was a balance between an in depth RPG and an accessible family game. With these goals in mind, we set out to build this game.

Along the way we came to find that a cooperative adventure game of this sort would get old without expansions. However rather than weigh down our fans' shelves with tons of half empty boxes, we decided to explore a completely modular game where all of its components combine to make a completely unique gaming experience each time you play. This started with modular crew members that had one of the 8 base abilities and a random personality. As one of our favorite features, it grew to be used in almost every component and has become a staple of the entire game.

We employed deck building elements to shape how you interact in combat and designed ship upgrades and crew stations to enable additional plays and ability combinations. As one of our playtesters said "You can always do something".

After printing and a destroying many prototypes with pen and marker notations we finally had a game that reached and at times exceeded the goals we initially set. This is where the real work came into play, not just developing but perfecting and presenting the nearly finished product.

As of now we are about 80% complete with the game. However, we found ourselves in a position where we could do something beyond a typical crowdfunding project. As a small indie company, we need to build a following. So we decided to approach raising support as recruitment. Allowing committed supporters to help influence the game and actually become part of the project. We have almost 500 supporter content opportunities set at levels for any budget. All of our prices are set as low as we can get them basically just covering the cost of the custom artwork. For us this is an opportunity to share our love for games and hopefully become a valued contributor to the board gaming industry.

We have spent innumerable late nights and squeezed every spare hour out of each day developing this game. We hope you enjoy our game as much as we do.